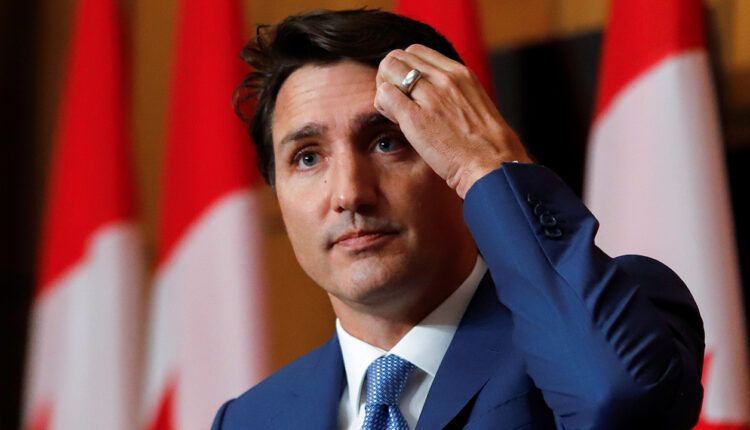 NEWFox News articles can be listened to now!

The Canadian House of Commons was engulfed in screams of condemnation on Wednesday, after Justin Trudeau, Prime Minister of Canada, responded to a Jewish Member of Parliament by accusing members of opposing Conservative Party of being “standing with people who wave Swastikas.”

Trudeau is a Liberal Party member and made the comment after being grilled by Melissa Lantsman, Conservative MP. This Question Period is tense and emotional, and occurs every sitting in the Canadian House of Commons. It allows members of Parliament to ask questions of ministers of government, including the prime Minister.

Lantsman compared this sentiment to Trudeau’s characterization of Freedom Convoy members “very often misogynistic or racist, women haters, scientists-deniers, fringe”. Lantsman accused Trudeau of inciting “the flames for an unjustified national crisis,” and demanded to be informed “When did the prime Minister lose his way?”

Trudeau replied, “Conservative Party members will stand with people who wade swastikas. But they can also stand alongside people who wave Confederate flags.” We will stand by Canadians who have the right to return to their homes and get their jobs. They must stop these illegal protests.

In response, the other side of the chamber erupted. Speaker of House of Commons Anthony Rota intervened to try to restore order. He also admonished all — “including the Right Honourable prime minister” — to avoid “inflammatory” language in the House.

MP Dane Lloyd later rebuked Trudeau, saying that he had made “shameful and dishonorable comments” from him. My great-grandfather flew 30 missions above Nazi Germany. My great-great aunt’s body is at the bottom of English Channel. There are descendants of Holocaust victims among members of this Conservative caucus.

Lantsman then introduced a point to order requesting that Trudeau offer a personal apology.

“I am a strong Jewish woman and a member of this House and a descendant of Holocaust survivors and … it’s never been singled out, and I’ve never been made to feel less,” she said. “Except today, when the prime minster accused me of being with swastikas. I believe he owes an apology to me. I’d like an explanation and I think he owes it to all the members of this House.

Lantsman’s points of order were met with applause. Trudeau had left the chamber by then.